What do we do now? I Want to go to Alabama 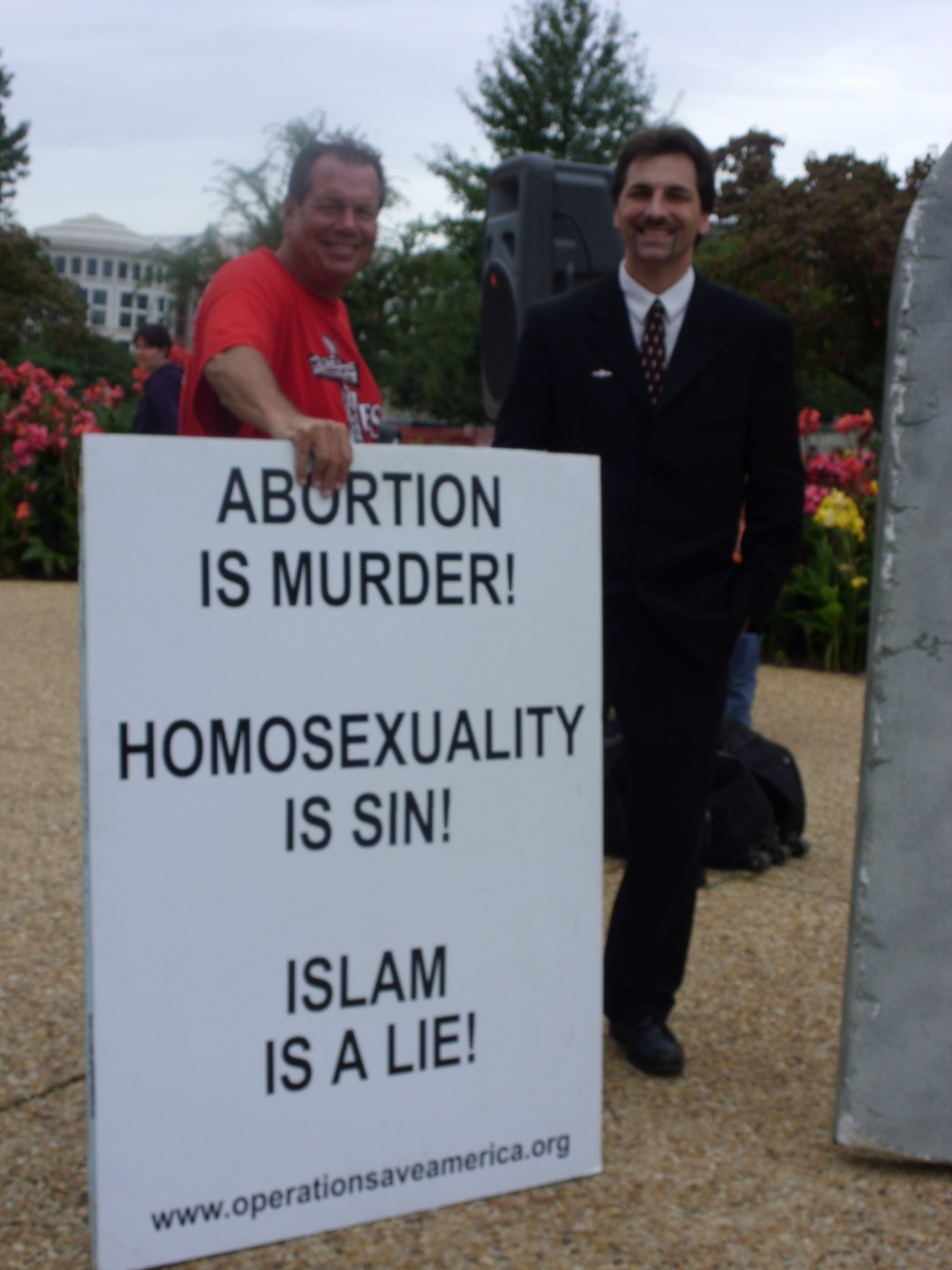 Good people all over the world are wondering what to do next.  I won't even try to speak for all the good people in the world.  They all need to do something in response to the rising tyranny in our world.  But I'll just speak for me and my house.

We will serve the Lord Jesus Christ.

One American Christian leader stands out to me over the past thirty years.  His name is Flip Benham.  I never paid as much attention to him during my career as I should have.  He appeared to my coiffed pro family professional manners as an odd character.  One time he walked across America with a donkey in tow, for example.

I now realize he was the most prominent Christian man in America who got it.

Most Christians still don't know that his ministry work saved Jane Roe.  Norma McCorvey is a pro life warrior today because of Flip's faithfulness and courage.

The SCOTUS Decision and Nattering Nabobs of Negativism: Salvation Comes from Moral Rectitude Not Saying a Prayer or Donning a Suit 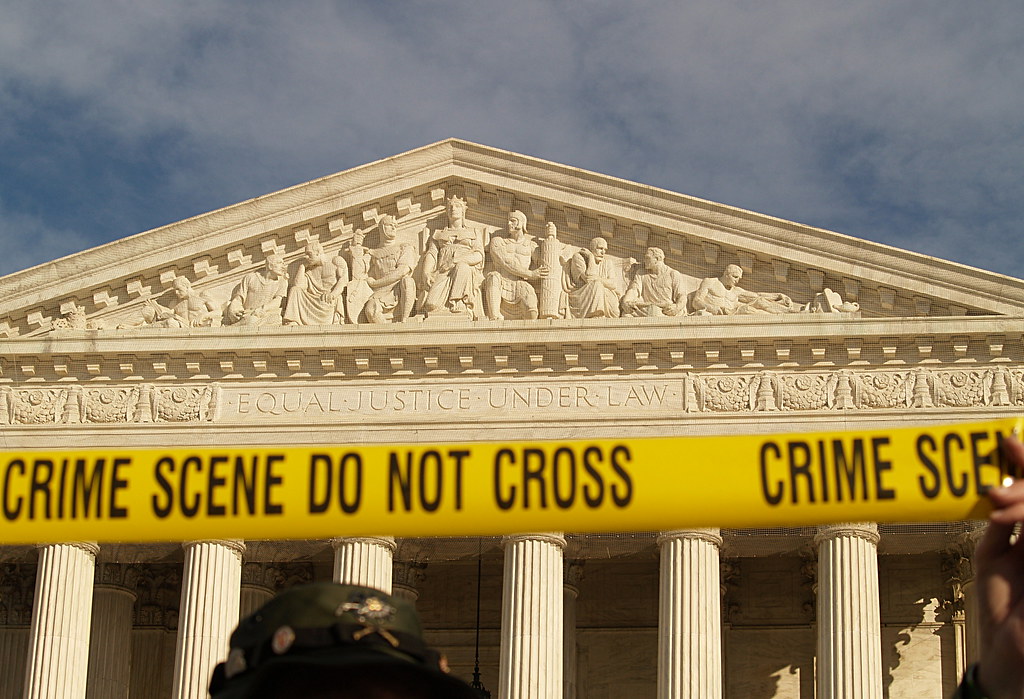 They are all sending out fund raising emails and promising to fight to the death now that five "justices" have "ruled" that sodomy can be the basis upon which a marriage and civilization can be built.

Also, many of them are finding fancy sounding words and ideas to invite sodomy into the Christian Church.  They say its inevitable, among other things.

America may be a corpse, as some say, but that doesn't let Christians off the hook.  They still have to fight for the Gospel.  The Gospel is about dying to self.  There is no better way to die to self today than to proclaim the truth about sex and gender.

Thank you Dr. Paul Church for Confronting the Raging River of Perverse Effluence

Just four years after Dr. Paul Church started working at Beth Israel hospital in Boston my wife went into labor.  We were pregnant with our third child.  We were three hours drive from home working at a conference, representing the ministry that I led at the time.  Paulie's unexpected labor led to a dramatic taxi ride to the closest hospital, Beth Israel.  Jared was delivered prematurely after a couple attempts to slow the delivery.

Jared is now 26.  He's nine years into his career as a protector of innocence.

Dr. Paul Church spent thirty years at Beth Israel working in Urology to protect innocence.  He attacked the diseases and conditions that bring suffering, and perhaps premature death, by way of the urinary tract.  While Jared courageously begins his career Dr. Church is bravely ending his.

The hospital fired him this year.  His crime?  He wouldn't go along with the hospital's "gay" agenda.

It is now time for the frustrated majority culture of Maine to rip out the heart of the lurching "gay" Frankenstein that occupies Augusta.  This is much bigger than Maine.  This will begin the healing of the West.

Since the politicians cannot confront the monster the good people of Maine will have to do it.  We've done it many times before.  We can, and we must, do it again.  We can never stop.  Our children and our grandchildren are too important to us.

What we need to do is very simple.  The beating heart of the "gay" agenda in law and politics is a phrase -- "sexual orientation."  Erasing that phrase from the law will stop the heartbeat.

And that is what we are going to do in the next year and a half.  We're going to cast out this demon.

Do you want to assure that your children and grandchildren don't have to wonder whether their body parts are real or not?  While the society seems to have completely collapsed into nonsense we know better.  As citizens we must continue to believe in, and work for, righteousness and common sense.  The darker it gets the brighter the light shines.

It is simple.  Many hands make light work.  Here is what we must do specifically:


Maine is very special because the people have an uninterrupted and very open path to the ballot.  The politicians have no mechanism to stop the vote from happening.  Once the signatures are gathered the politicians either approve the proposal (to erase "sexual orientation" in Maine law) or they put it on the ballot.

We also are a small state with relatively inexpensive media markets.  And we are leaning in the conservative direction politically.  Paul LePage's comfortable victory in last year's voting is the most recent example of this reality.

Maine people know, especially after watching the foolishness spread over the past couple decades, that the "gays" are only interested in special rights.  They are hiding behind the noble idea of equal rights.  They are using the government to force normal people to accept their evil.

The effect of this change in the law will be dramatic, real and righteous.  Maine people will once again be equal.  Citizens who choose to make their bedroom antics a matter of public approval will no longer have a leg up.  The government will not be their ally in sin any longer.  We will all have equal rights.  The first ones in line to sign the petitions will be thinking "gays."  They know that privacy in sexual matters is their best protection.  Christians and private homosexuals are not enemies.  All this public stupidness about marriage and transeverything is really an attack on their liberty.

A reasoning civilization rewards and protects marriage and family formation.  It doesn't undermine it.  Even freedom loving non-Marxist "gays" know this.  They just want to be left alone.

Christianity will never view sex outside of marriage as anything other than sin and evil.  The enemies of this idea who are both inside and outside of the Church must be defeated.  And the most potent enemy in this war is Satan and his demons.  We are aiming our attack at him, as Christians have done for 2,000 years.

We are going to stop this ugly monster dead in his tracks.  This is not a fight we will leave to our children.  We're going to finish it in 2016.

It's "gay" pride week in Maine!  Oh boy/girl/transracistthingy whatever!  Actually, it's not a week.  IT'S TEN DAYS!!!

That's so much better.  More time to celebrate people like Randall Berry.  He's Obama's choice to push sodomy on the world.  His official title is U.S. Department of State Special Envoy for the Human Rights of LGBTI Persons, I guess.  At least that's what my friend Julio Severo says it is in his revealing and disturbing article on Randy's visit to Brazil recently.

A friend sent me the flier advertising the ten day "gala."  I guess you can learn lots online at www.prideportland.org  I'm not proud enough to click through right now.  But maybe you are and you can let me know what you learn.

Based on the flyer I have right here I already know that you'll learn that Bangor Savings Bank is proud to be a public sponsor of all things sodomy.  And so is Hannaford, the Portland Public Library and the University of Southern Maine.  Isn't it delightful to learn of these connections between the services you and your children rely upon and the joys of sex outside of marriage?  I just love it.

And so does my Brazilian friend Julio.  Here's what he wrote about America's plan for passion (sexualized of course) in the world:


“For Obama, gay rights are priority,” said Randy Berry, U.S. Department of State Special Envoy for the Human Rights of LGBTI Persons, in an interview to Istoé, one of the largest liberal magazines in Brazil.

Berry’s focus, in the interview published in Brazil on June 12, 2015, was on gays as an oppressed class, the classical Marxist and ideological view. Berry believes that his post is secure regardless of whether a Republican or Democrat wins the White House in 2016.  His view is that the U.S. is solidly committed to the gay agenda.

He talked also about Russia and Saudi Arabia. He refrained from condemning the Saudi dictatorship, which murders homosexuals. Even though Istoé portrayed Russia in a bad light on the homosexual issue, the only “crime” of Russia is to have a law banning homosexual propaganda to children. Is it a crime to protect children from such propaganda? In my view, no. But in the U.S. government’s view, yes.

The only way for a future conservative U.S. president to prove that there is something conservative left in the U.S. is by appointing a global envoy to encourage nations to ban homosexual propaganda to children. The U.S. has done too much for the homosexual agenda. It is past time for the U.S. to do too much also against this wicked agenda.

What about appointing Scotty Lively as a U.S. Special Envoy for the Human Rights of Children and their Protection against the LGBT Agenda?

The U.S. has been very bold in the use of homosexual propaganda. It is past time for the U.S. to be very bold against this propaganda.

Yet, if Berry is right, the next possible Republican president will do nothing to change the wicked course of homosexual diplomacy by the U.S.

Do you know what? I believe him. Some time ago, John Boehner, the most prominent Republican in the U.S. Congress, said, “We won’t fight gay marriage.” Reportedly, he basically said the Republican Party will no longer stand in the way of gay “marriage.”

Such “beautiful” opposition! Democrats and other socialists advance their socialist evils, and “courteous” Republicans let them go forward.

I believe Berry also because conservative George W. Bush called socialist Bill Clinton his “brother.” How can the gay agenda and other evils be defeated when Republicans and Democrats are brothers who have only ultra-nationalist concerns? Boehner is right: there will be no resistance.

According to Scott Lively, ancient Rabbinical tradition holds that homosexuality, more specifically “homosexual marriage,” was the “final insult” to God which caused Him to bring the Great Flood. What will happen to America now that even her alleged conservative political leaders refuse to fight one of the causes of her destruction?

Here is Berry talking to Istoé about Russia, Saudi Arabia and Republicans.

Istoé: The U.S. has criticized Russia for being so authoritarian with women and homosexuals, but, at the same time, the U.S. keeps close relations to nations as Saudi Arabia, whose acts are worse. Are you uncomfortable about this situation?

Randy Berry: Our display of values and the sharing of our embrace of diversity are consistent. In Brazil, there is a big confluence of visions. Our message does not change when we talk to nations, but, evidently, the talk will be different in Saudi Arabia. The ability to make changes and the approach varies from nation to nation. I do not think that there is an only approach working for any circumstance.

Istoé: Next year, there will be presidential elections in the U.S. If a GOP candidate wins, will your post be threatened?

Randy Berry: No. The issue I am working, against the worst forms of discrimination and violence against homosexuals, is not much controversial. I would describe my work not as bipartisan, but non-partisan. To work with human rights is not a political issue and I do not see a change therein. Because of the next elections, people tend to stress differences, but I do believe that this will not be among the polarizing issues in the U.S.